Apart from the fineness, color, and luster of the thread, you need to pay special attention to the size of the thread.

Even a small error in selecting the right sewing thread can cause a loss of investment in labor, equipment, and material. That’s why it’s critical that you get a deep understanding of different types of threads.

A lot of people get confused when they are buying threads for the first time. The confusion stems from the arcane numbers that denote different thread sizes. You need to break the code if you want to select the right thread size for your project.

The size of a thread is communicated through different numbering systems. You need to know what the numbers mean to select the right thread size for your project.

The numbers that reflect thread sizes are derived by referencing weight and length. The numbering system that is used to classify the thread sizes can be divided into two parts:

Denier is a common numbering system that is used to determine thread size. The size is referenced by weight in grams of a thread that is 9,000 meters in length. For instance, a thread of 9,000 meters weighs 150 grams, it’s a 150-denier thread.

Most rayon and polyester embroidery threads are 120/2. This represents 2 strands weighing 120-denier each resulting in 240-denier.

Threads with larger denier size are heavier. Thread sizes between 135D and 180D are fine threads, while between 630D and 900D are coarse threads. The most common thread size is 350D that is used for general stitching.

Most industrial threads are expressed by TEX size. The size represents weight in grams of 1000 meters thread. 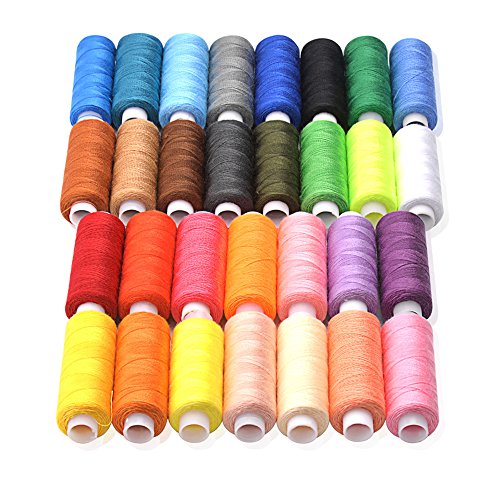 Metric count reflects the thread size by referencing length to the weight. It refers to a thread length of 1,000 gram of thread.

Remember that a thread with metric counts of 50 and 50/3 sizes are not the same. They two threads are different in sizes.

The cotton count is another indirect count system that is used to depict thread size. The system is also known as yarn size system.

Despite being an archaic unit, it is still used in many places to depict yarn size. The thread size is measured based on the individual strand or size. Threads are commonly made from different strands.

Although the cotton count system originated from the cotton spinning industry, its use is not limited to cotton threads. Polyester threads are also sometimes sized using this number system.

For light stitching, you should select a thread size between 602 and 1203. The thread size of 302 and 453 are generally used for general stitching. Thread sizes between 122 and 253 are used for heavy stitching.

Thread sizes between 10V and 18V are fine threads, while between 63V and 90V are coarse threads. The most common thread size is 35V that is used for general stitching.

The Gunz Count system was developed in Japan to determine thread sizes. The number system is generally used for thinner threads. And is written as #60 or No. 60.

A lot of people confuse this count with the weight or metric count of the thread. For instance, they equate No. 100 thread with 100 metric count thread size. But this is not the case. A thread of 100 metric count and another of No. 100 are different. They are measured using different systems and are not similar in size. 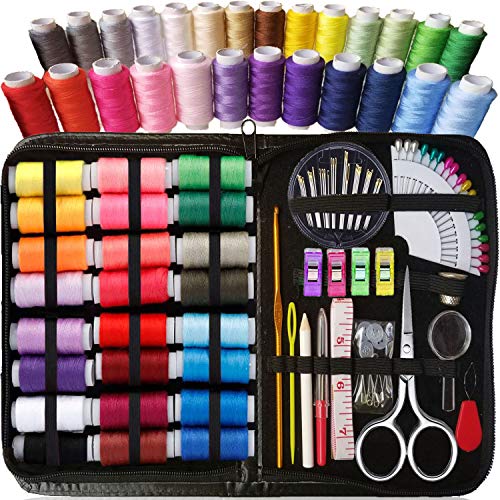 The Importance of Selecting the Right Thread Size

When comparing threads make sure that you are clear about the numbering system. Quoting the wrong numbers could be disastrous for a sewing project. When selecting a thread, you should use your fingers and eyes to confirm the diameter of the thread.

Selecting the right thread size is important for many reasons. The thread size that you choose will influence the stitch quality.

You should select a thread size based on different factors.

The thread size you choose should allow adequate covering for the project. For instance, a thread with a fine size #135D will not be suitable for quilting or embroidery. In addition, a thread with size 350D will give a lumpy appearance.

Using the wrong size thread may also cause the thread to jam the sewing machine or break the thread.

Thread tension on sewing machines is possible by applying some pressure to the thread that passes between tension disks. The tension can be electronically controlled, or it can be adjusted manually using a thumb wheel.

In contrast, using a fine thread in place of a coarse thread will cause the thread to loop back on the cloth. That’s why you should use the correct thread size based on the type of project.

You should pay special attention when selecting a thread for a needle. The general rule is to use a thread whose diameter is 40 percent less than the eye of the needle. You should use a heavy thread size when sewing with a large needle. If the thread is skipping stitches or shredding the fabric, you should use a bigger needle when stitching.

The thread you use for a project should suit the sewing project. The size of the thread should be such that it performs without breaking, shredding, or skipping stitches.

Remember that you need to adjust the tension on the sewing machine when changing the thread size. Sewing threads are packaged in different forms. The common types of threads include the following.

Apart from the above, the thread can come in the form of cocoons, spools, and pre-wound bobbins. These cones are prepared for specific projects. You need to state the thread sizing system and the thread size for each of the above.

You should not give only a number such as thread size of 40. Instead, you should state the numbering system and the size like 40 Denier or 50/2 metric count. Stating a number without a number system is a recipe for sewing disaster.

Another important thing when buying a thread is to state the specific nomenclature specified by the manufacturer of the thread. This is important to avoid buying the wrong type of thread.

Also, you should use a standard thread sizing system in all your projects. Writing thread sizes using different systems can cause confusion. You might buy the wrong thread size that will result in problems.

For most projects, you should use metric count for consistency unless there is a good for using another thread. Also, you should give a sample thread to the supplier if possible. Most reputable suppliers can identify the thread size by looking at the thread. 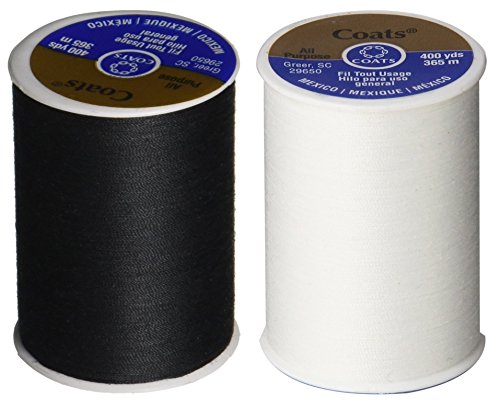 Sewing machine thread sizes are measured using different systems. Make sure that you specify the right thread size when selecting one for a project.

You should select a thread based on the project and the size of the needle. Also, you should pass a thread between the fingers and see how it will look when stitched. This will help you in selecting the right thread for the sewing project.

Although the numbering system for determining sewing threads is not an exact science, the numbers give you a fair idea about the size of the thread.

Lindsay has been sewing since she can remember. She learned from her grandma and never stopped. Sewing has become her passion in life and she feels that she can make just about anything with her sewing machine!